As a little girl I remember reading books like The Black Stallion, Misty of Chincoteague (Marguerite Henry) and especially the Black Stallion Series (Walter Farley).  I vividly remember the days when mom would come into my room and catch me reading by my nightlight well past my bedtime because I didn’t want her to know I was awake.  As children what we read and watch shapes us for our future.  Tell me I didn’t adopt my very own Black Beauty? 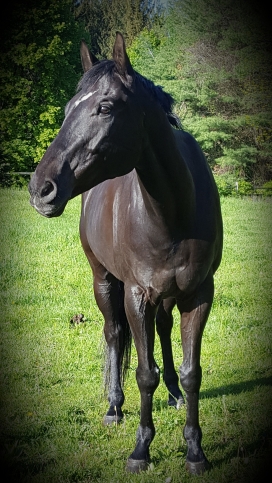 I credit Black Beauty and The Black Stallion for my adoration of “tall, dark, and handsome.”  I have always been fascinated with wild horses.  Mustangs, Chincoteague ponies, Australia’s brumby, and more.  I want to see them all in their own habitats someday.

The idea of taming a wild horse…the story of Monty Roberts, “The Man Who Listens to Horses” and his horse “Shy Boy.”  These stories, particularly the true stories, inspire adults and children alike.  I’d be lying if I said I’ve never had dreams and aspirations to go out west and ride with the mustangs.  To train my own mustang.

It might be reality kicking me in the gut or a lack of self-confidence that has held me back from it all these years.  But one thing is for sure; I may have been obsessed with horses my whole life.  I may have had to work hard mucking stalls for the last 20 years.  But I do NOT have the real training and experience needed to train a wild mustang.  I do not have the TIME to train a wild mustang.  I wish I did.  I wish I had that privilege.  It simply wasn’t available to me growing up and is still not in the cards.

It’s the real world, not the literary one.  There are some people who do it very well, but it has taken them years of hard work and dedication to get to that point…and I’m sure many had the support from family growing up.

Could I train a wild mustang?  If I had the right education, training, and time.  I’m sure I could.  My priorities and life, however, would need to change very drastically and that simply won’t do.  It would mean essentially uprooting everything I have ever known and giving up my home, career, and relationships.

Watch videos of trainers like Monty Roberts, Lindsey Partridge, Elisa Wallace, Samantha VanFleet.  Some of the videos make it look very easy but you will find some that show HOW MUCH TIME it takes to gain trust.  I recently watched a video where Samantha must have stayed in the corral for hours as the sun went down and the horse was still uncomfortable with her presence. Standing there.  Not moving.  Not pressuring.  Just. Standing.

Where am I going with this?

Many horse people have PROBABLY heard about this new adoption incentive program going around by the Bureau of Land Management (BLM).  Most of my friends are in agreement about it and my non-horse friends keep sending me the news about it.

So let’s discuss.  What exactly is this program? And what’s the big idea?

The United States Government is holding over 50,000 wild mustangs in holding pens, some are born in captivity and never see anything else.  Another 81,000 freely roam the lands.  It costs the BLM nearly $50 million per year to care for the mustangs in holding.

These numbers are quite staggering and of course nobody truly WANTS to see wild horses confined to small overcrowded pens their whole life.  The holding pens are barren wastelands.  Horses are crowded into the pens with very little shelter.  They stay there day in and day out.  Surviving but not thriving.

Ranchers seek land to graze their cattle and compete with the mustangs.  By competition I mean the cattle account for over ten times the number of mustangs; but ranchers still refuse to share the land…the PUBLIC land.  How can mustangs, then, be the issue if they only account for 10% of the grazing?

In the wild, the mustang population can double every four years.

Programs like The Extreme Mustang Makeover and Mustang Magic have been created to encourage trainers to demonstrate the train-ability and versatility of the American Mustang in hopes people will adopt these horses.  During these competitions trainers have about 100 days to train a wild mustang (See The Extreme Mustang Makeover).  At the end of the competition the mustang is auctioned off and the money goes toward future events.

Before this program the only time I read or heard about mustangs was through books.  The Extreme Mustang Makeover came to Massachusetts in 2017.  Besides Blade’s former paddock-mate this was my first experience with mustangs in real life.  I’ve since been waiting for the event to return and plan to find my very own mustang someday. 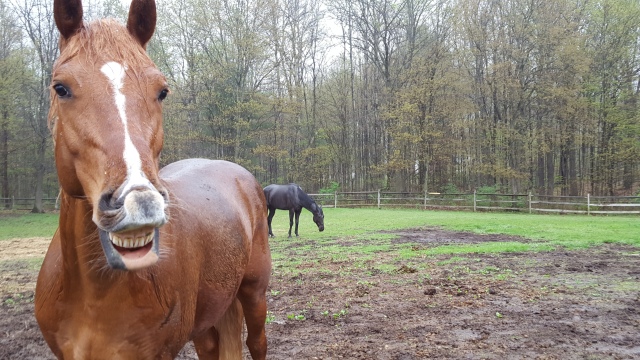 I understand that population control is necessary.  Unfortunately some solutions have been to kill excess animals.  To experiment with inhumane and invasive fertility treatments on mares, and mustangs will often get  shipped to slaughter.

One method of population control that has shown some promise is porcine zona pellucida, an injectable “vaccine” that will serve as birth control for a year.  The vaccine can work, but is not a “catch all.”

The answer they came up with this year is GIVE THEM MONEY.

That’s right.  The BLM is offering $1000 to people who adopt a mustang starting this month (March 2019).  You can adopt up to four mustangs with this incentive per year.

WHY am I not jumping on board?!

Money isn’t always the answer.  You are dealing with un-handled completely wild animals.  This is not the fictional world and in the wrong hands the situation can turn deadly very quickly.

Inexperienced people will be adopting mustangs.  When they come to realize the reality it might be too late.  People could get hurt but I can guarantee many more horses will suffer in the long run.

Horses that are adopted by the wrong people and improperly trained will have a bad idea of what humans are like.  The horse’s adoptability will only plummet from there and it could very easily find itself in the kill-pen.

Inexperienced people who adopt these horses and fail will likely talk poorly about the breed.  Most people these days won’t take the blame they deserve and instead lay it on the horse, calling it dangerous, untrainable, feral.  This negativity could harm future adopters from considering a mustang.  Bad press can cripple an entire breed.  There are still people who refuse to even consider a thoroughbred because “they are all crazy.”  In the dog world we see pit bulls under fire.

I foresee some people adopting horses just to make the money, only to turn around and dump the horse in a kill-pen.  The rules for re-homing the mustangs after receiving the $1000 are laid back.  It seems more like the BLM simply wants to hand these horses off and say “it’s your problem now.” 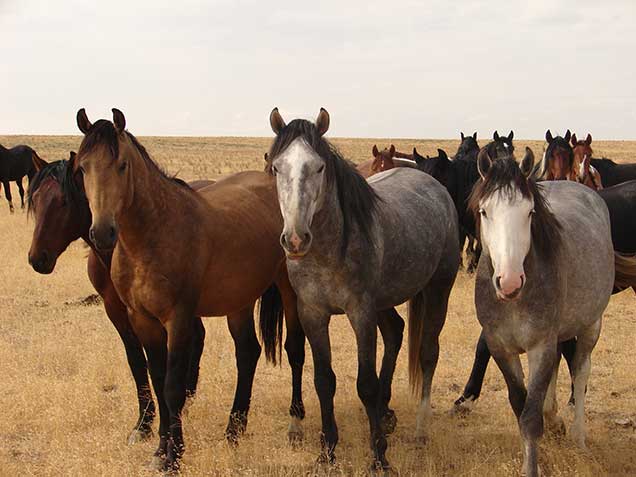 So it’s pretty clear where I stand on this…I DON’T AGREE.

BLM has made a terrible mistake by launching this program.  It may have had good intentions but BLM, YOU CAN DO BETTER.

What can they do?

You may not be aware but there is currently a program in place called the Trainer’s Incentive Program (TIP).  During this program a trainer takes a mustang, gentles it, and adopts it out to interested individuals.  The horse isn’t broke to ride but it can be haltered, led, groomed, trailered, and lift all four feet.  The trainer is then paid the $1000 AS THEY SHOULD BE.  With this program you can still get a gentled mustang for only $125.

Instead of paying adopters to take horses the BLM ought to be taking a deeper look at the  TIP program that has already been established for years.  It needs to be revisited and given a badly overdue makeover.  For one thing the website is not entirely user friendly and makes locating adoptable gentled mustangs inconvenient.

My TIP?  Stop handing out money to just anyone and revamp the Trainer Incentive Program!  Establish more connections throughout the United States, including the northeast.  Get more corrections facilities on board for training mustangs so inmates can learn to do meaningful work while serving time.  Continue to EXPAND events like Mustang Magic and the Extreme Mustang Makeover (they haven’t had one in Massachusetts since 2017).

EDUCATE PEOPLE and GET PUBLIC 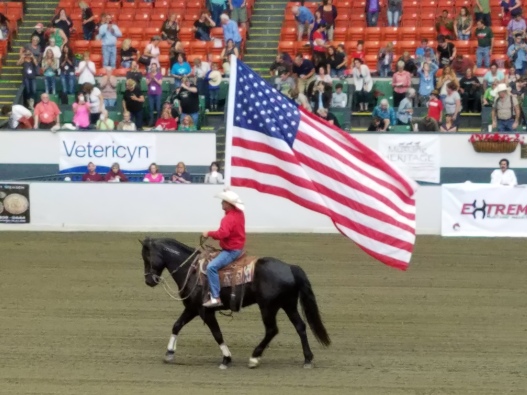 What are your thoughts?

The Society Pages – What to Do with All the Wild Horses?

American Wild Horse Campaign – Want to Adopt a Wild Horse? The Government Will Pay You $1,000

Equine Ink – ADOPT A MUSTANG AND THE GOVERNMENT WILL PAY YOU $1,000