Zeno Bay and Vai Via have been with me over 12 weeks now.  They have received their second farrier trim.  Our last farrier visit was a couple of weeks ago by now.  Unfortunately these boys weren’t receiving the best quality care at their last location.  For whatever reason the lack of nutrition and care had left a mark on Zeno Bay.  Zeno Bay arrived quite thin, a distended abdomen, and a large hoof crack that extended up to the coronary band.

At my home they are offered hay 24/7 and I have been feeding them twice per day.  He’s gained a good amount of weight.  Because of the distended belly we also treated him with a Pancur Powerpac.  This is a wormer designed to treat a number of parasites particularly strongyles and encysted strongyles.  The dosage is double the normal wormer and it is administered daily for five days.  I began treating the two boys just before morning feed, as the treatment works better on an empty stomach. 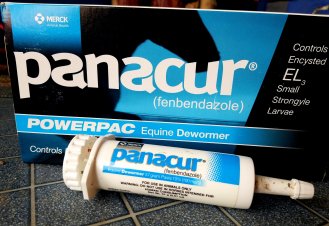 After the powerpac was finished I noticed a much faster improvement in Zeno Bay’s weight and shape.  Today he has gained some life and personality.  He has gained confidence and there’s a twinkle in his eye. 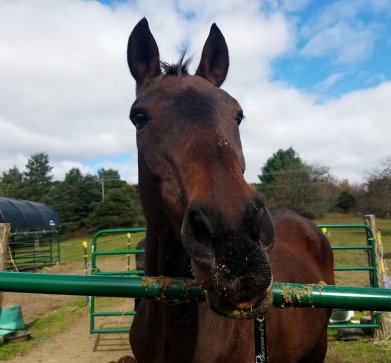 The care I put into the horses’ nutrition is paying dividends to restoring Zeno. Yes, he has gained weight, but his hooves are showing the story as well.  The image below to the left was taken at week 2 at our first farrier’s trim.  On the right is 6 weeks later at our most recent farrier trim.

I began to work Zeno, starting with three consecutive days of groundwork.  On the third day I also put a saddle on him and rode him for about 15 minutes.  Riding with his halter, his ears perked and he moved out comfortably and happily.  We walked, trotted, and even did a few strides of canter.  He was so happy!

I am so excited about his progress, and I am watching him transform right in front of me.  I’d like to see more improvement but these photos prove we’rein the right direction. 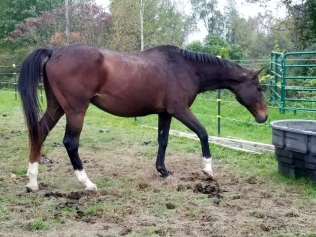 VaiVia has been a different character.  Though of a great shape he seems to have back soreness and he is very anxious.  He doesn’t like to be separated and he’s quite shy at random moments.  I fear he must have had quite a rough lifetime.

Do to the weather and time constraints I chose to work Zeno Bay more than VaiVia, but last week I began with V.  At the very least I want to get him more confident in himself, and to do that I am desensitizing and doing a lot of groundwork.  Doing groundwork and having him use his mind and body will go a long way to gain his self confidence and make him less anxious.  This is great since I need more time to figure out his back issues…when you run your fingers along the sides of the spine he has a very strong reaction, especially in the withers.  It can’t be debilitating since he is sound and runs freely and often when they play in the pasture.  After a session of groundwork I follow up with some massage and myofascial release.  He is improving.

Earlier this year Blade had a lot of issues (Putting the Vitals to Use to start).  Annoying bugs, choke, colic, ulcers.  He lost a considerable amount of weight and I had to keep telling myself to be patient.  That nutrition takes time to show.  I changed his diet drastically over a 4-6 weeks, but the stress of moving and new routines was enough to make him drop the weight.  Getting the pounds back on would take time and I was beginning to worry I had made the wrong choices. 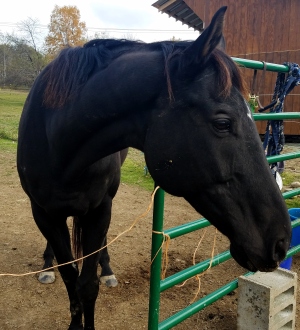 I began to see evidence of positive results in September, he had put on a bit of weight but I wasn’t happy with it.  In fall Blade began growing his winter coat.  The coat was nice and black as it should be.  Within two months it was clear my diet changes were finally showing their benefits!  Blade is now quite plump, more plump than he has ever been (with me at least), and he has great muscle tone.  The “hunter’s bump” on the croup is finally level since his hind end has filled in.  HE HAS A TOP-LINE!

Blade’s new shape I would actually say is nearing overweight (seriously I have trouble putting on a 52″ double elastic shoulder relief girth), but with winter here I am very happy with it.  He’s sound, comfortable, happy, and that’s what matters.

The winter is fast approaching, we’ve had some premature frigid days.  The horses  have trouble traversing the muddy frozen ruts. On one forty degree day following a week of single digit temperatures I turned the horses out in the upper paddock.  The ground was soft again and the boys were grateful.  All three tore off in the 16 foot wide lane up the hill reliving their racing days in an uphill sprint…a field of three.  I watched laughing at their demonstration of pure bliss.  In  few short moments they were on the top of the hill; three butts and six hind legs went airborne as they rejoiced in merriment. For ten more minutes they ran back and forth around the field, taking turns chasing and leading.  Once the real cold icy weather hits it may be a while before they can do this type of frolic again. 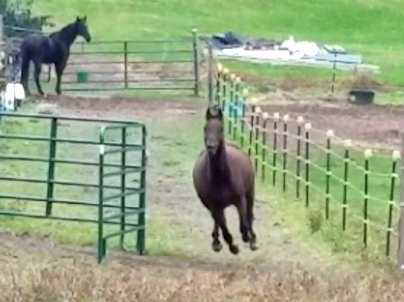 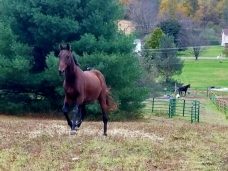 With winter nipping at my heels I have been making some improvements around the barnyard.  Come visit next week to see the next project The Green Horseman has undertaken.  Until then, I’d love to hear from you!

Are you facing winter like me and how do you cope?