Blade is a thoroughbred but that doesn’t mean we have to celebrate his birthday on January 1st.

Last year I found out Blade’s tattoo number once and for all (L16950) and with that was actually able to find his foaling date. 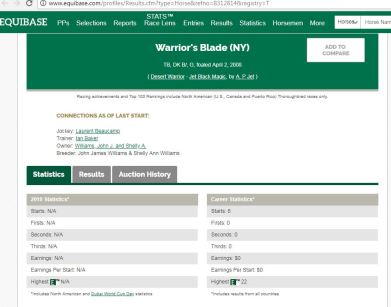 From what I’ve been told he had a very rough start in life.  His leg resembled an L at birth so he needed surgical intervention.  I believe he also struggled with parasites early in life as well.

Despite the surgery his leg never got perfectly straight. All legs seem to face different directions but his right front is significantly twisted outward.

He has excellent bloodlines (at least with my very little knowledge of thoroughbred breeding) and raced 6 times at Suffolk Downs.  He appeared to break from the gate beautifully and often led the field for half the race.  Somewhere halfway through one horse would pass him and he seemed to “give up,” coming in dead last.

His track record doesn’t bother me one bit.

Blade came into my life at 7 years of age.  He’d been a trail horse after racing but had sat idle in a paddock with buddies for a few years.  His owner wanted to find him a home without risking him meeting the fate of so many other unfortunate OTTBs.  I learned about him while teaching a women’s self defense course and it was love at first sight.

Over the years I’ve become a much better horseman and he’s the fuel behind all of that.  He’s been pretty troubling at times and we usually can’t go a few months without some ailment. He also likes to choose a new “neurosis” every month.  Sometimes his halter scares him.  Some days he hates his ears being touched but most days he’s fine.  Sometimes he wants to be caught and others he wants to be chased.  He’s finally gotten used to putting blankets on over his head; he usually dives right in now…but every now and then he thinks it’s going to swallow him.  Man-made objects are still a challenge no matter how much desensitizing we do.

“Plastic bags and shavings bags are the devil no matter how many treats you put on the bag, mom!”

I obsess over his nutrition and constantly battle ulcers, mostly in February.  His chiropractor usually needs to adjust something.  His shoulder is usually locked up from the crooked leg and his sacroiliac (hip) joint usually causes him pain.

Most people who meet him admit he’s a horse with a puppy-dog personality.  He is one of the most expressive horses you will ever meet and has an amazing heart.  He always wants to please you and will try his hardest to give you what you want.

He’s been a crazy ride and he’s still a jolly joyful horse that loves to be loved.

So Happy Birthday, Warrior’s Blade!  Today’s all about you! 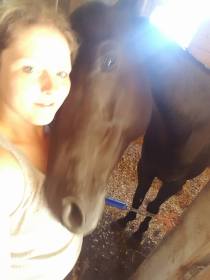 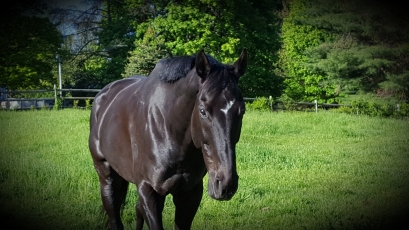 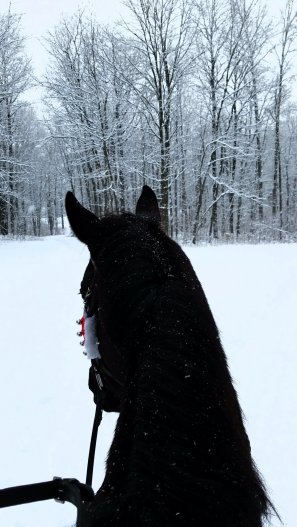 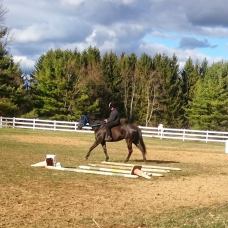