When you live in the country you must be prepared to share with the various wildlife that call your backyard home.

For the first few months of living here we didn’t see any wildlife.  There are traces but everything had been elusive.

There are a few critters we’re beginning to see now that the world re-awakening.

Good Lord there are birds.  I had purchased some suet and wild bird seed and within a week the feathered reptiles began to find their way to our backyard.   To name a few of the visitors:

The blackbirds and grackles have grossly taken over but I still see the others from time to time.  There are easily over 100 in the swarm on our street, flying up and down looking for food.  The birds are straight out of a Hitchcock novel and it can be a bit unnerving when they gather altogether.

I’ve never been much of a birdwatcher but it’s nice to see them enjoying a bite while I do dishes in the morning. 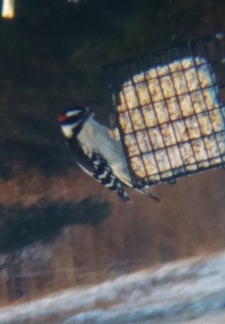 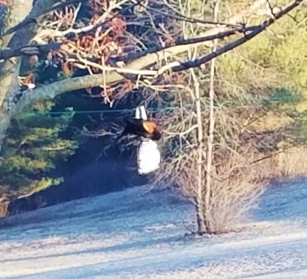 Okay, so I actually haven’t seen any on the property YET.  I have most certainly seen enough of their feces all over.  I have even found prints leading up to the birdseed tree in front of our house.  Somehow despite my crazy hours and seeing them in everyone else’s fields there have been no actual sightings at home.  I figure it’s only a matter of time especially with horses coming and having so many apple trees.

As I was leaving for work one day I entered the garage to start my car and I heard an animal running around in the ceiling.  Since it was already in a sad state we decided to gut the garage.  We found decades worth of nesting materials, a red squirrel carcass, and even some skeletons.  Shortly after we evicted our furry tenants we began hearing some scurrying on our heating ducts.  From my second floor bedroom it sounded like they were under the floor.

I went into the basement and as it turns out the chipmunks were displeased with their mid-winter move and decided to come into our home.  They were running on top of the heating ducts and using the crawlspace under the porch for their new residence.  The two little suckers came right up to me to see examine what I was.  We purchased a trap that SUPPOSEDLY is designed for chipmunks…but after 5 or six attempts we gave up.  They would trigger the trap, eat all the food, and escape somehow.  It’s an ongoing battle but they haven’t been in the basement recently. 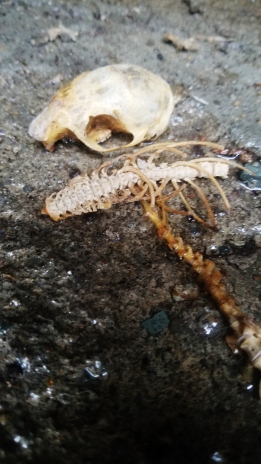 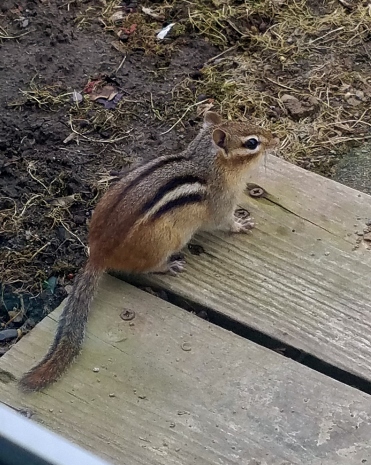 I discovered a sizable hole right outside of our porch and our neighbor saw a woodchuck go into it.  We don’t yet have a trap big enough, but I began putting the used cat little into it’s hole.  The next day he decided the scrap wood pile was a better choice in real estate. 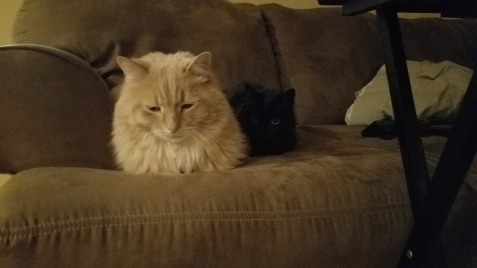 I could have listed him under birds but he is so peculiar that I gave him his own spotlight.  Coming home from work one morning I spotted a strange and large bird crossing the street out of our yard.  There was snow on the ground and he left large tracks.  I knew it was no turkey but wasn’t quite sure what it was and it was gone by the time I got close enough.

A couple days later I heard a bizarre dinosaur chicken sound.  It was a squawk like I’d never head before.  I look out the window and there it is.  The word pheasant came to mind but I’d never seen one in person.  A quick google images search confirmed it.

I haven’t seen any mates so it appears he’s a lonesome bird but I see him wandering nearby every few days.

While I was raking last week my bow rake nearly cut this guy in half.  I looked down to see him slowly stirring.  Once he realized what was going on the harmless garter snake began to get fresh.  I wanted to snap some photos before releasing him and he wasn’t very interested in what I wanted.  He lunged a few times (how adorable from such a benign snake) and I released him out of the way of my raking.

I’m not in a hurry to meet the neighborhood predators and I hope they will move on or at least stay away from us.  Walking our property I have found some larger animal scat.  It’s very possible it was from a black bear but I didn’t have my phone to take a photo and try identifying it.  We have also come across a single set of canine prints wandering along and into the tree line.  As long as they leave us and our animals alone I’ll be content.